It's a cornucopia of stuff.

- I'm at Phan's office today. It's my 36th infusion of Darzalex. That's a lot. But it's still working and the goal is to keep it working. Walking Gracie earlier this morning, I wondered why we can't bring our dogs to our treatment. What better way to soothe a patient's nerves than a puppy. 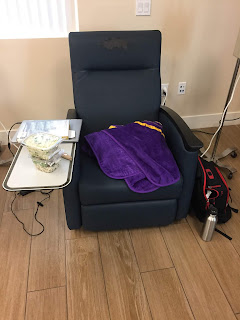 - I was 49 when diagnosed and until that fateful day of May 2 2011 I was looking forward to turning 50. Well that certainly was turned upside down. Well, surprise, surprise I'm now approaching 57 and feeling good. Several years ago I wasn't sure I'd get to this age (and frankly I wasn't sure I wanted to get to this age, I seriously considered (and maybe still do) having a near and long term exit strategy.) Nonetheless, I'm now thinking about how I need to have special plans for turning 60. It's approaching and excitement is building. 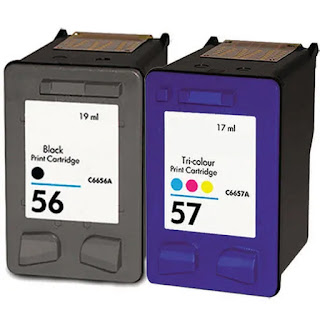 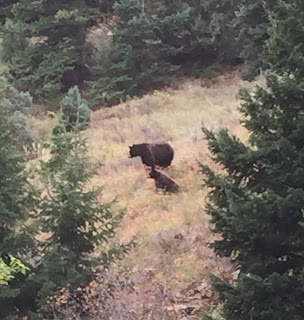 - I came back from a Colorado visit the other day. Saw my mom (who recently moved there) and my brother, sister in law, two of their kids and these two bears. I went for a hike with my brother. I asked him if there were bears along the trail we were hiking on. He said probably but he'd never seen any. Lo and behold we saw a mama and her cub, and several piles of bear poop on the trail...twigs, berries, leafs.  The day before I had listened to a Radiolab podcast titled Breaking Bad News Bear, which you can listen to here:


Enough of this barely relevant drivel.  Today is infusion day. It's my monthly Darzalex. As a reminder, I also take 1 mg of pomalyst for 21 days with 7 days off.  My myeloma numbers look great and I feel pretty darn good. I saw Phan yesterday and he's pleased. The goal, of course, is to keep this going for as long as possible. I see no reason why it won't. Skipped Berenson this month.

- The organization, Cancer and Careers, has an all day free conference in LA on October 13. The focus is on balancing treatment, recovery and employment. I've attended this before and might attend again. I can't recommend it enough.  If you're in Southern California and interested, here's your link: Cancer and Careers West Coast Conference  This brings me to a topic that I've been hesitant to address (given I try to be positive and look forward). But as I get farther removed from work, the more I look at the past 7 years with clear eyes.  I busted my ass to not let my health impact my work. And I think I went above and beyond to ensure that I was not slowed down by the myeloma. Since about 2013 I'd been working full time. Prior to that I was working part time since my diagnosis.  Thanks to the amazing generosity of co workers, who donated their sick time to me, I was able to work part time, tend to my treatments and continue to have a full paycheck and remain insured.  While I wanted to work because the normalcy and interaction with co-workers & friends was a needed relief from cancer, I also had a huge fear of not being able to keep my insurance and not being able to afford my treatment and ....dying.  When I went back to full time in 2013, I really physically wasn't ready to.  But human resources pulled the rug out from under me. I had meetings, was denied meetings, tried to get my boss at the time engaged, tweeted about it, and even attempted to get the union involved. Leslie wrote letters, made calls and I became more fearful I became,. The level of my fear tracked nicely with the efforts to deny me the opportunity to plead my case. The rules were changed on me and it was, frankly, bullshit. I was made to feel like I was a bad seed and bullied into not complaining too much. And I'll say it again, I was a beast at work. I busted my ass and made sure that my productivity wasn't impacted at all by the cancer. I'm proud of this.  I fought for and squeezed in two promotions during this time. And I'm sure I am not alone among cancer patients in feeling like this.  I was concerned about not rocking the boat and putting myself in a precarious position.  So I really had no other option but to go back to full time way before my body was ready.  Now that I don't work, I've realized how fricking crappy I felt for roughly 7 years, physically and emotionally. It's taken me feeling good to realize how bad I felt.  I also understand that for some folks at work, I was a liability and they preferred I be out full time rather than be working part time. It's jacked up. I'm not sure what I can do about it now or if there is a point to thinking about it now...other than I can remind others to look out for themselves. Like I said, my co-workers were amazingly supportive. It was the bureaucratic structure up top that was primarily concerned about covering their ass and lacked real empathy.  Why do I bring this up now? I'm not sure, other than I've exceeded my expectations by reaching 57 and by thriving for nearly 8 years with myeloma, and it's important for me to share my experience. (note that since March of this year, when I dreamt that I might already be dead, that's it's even more important for me to live right, be humane, and come face to face with who I am). If it helps one person, I'm doing something good.  Enough of this.

- I've had 3 epiphanies and deciding moments when I've been in nature. On Kilimanjaro, I made the decision that I would quit work, that my quality of life sucked.  In Lake Tahoe, on a hike I was overtaken with the need to ensure that I lived outside and in nature as much as possible and that living in the big city was not preferred. And while hiking in Colorado last week, it hit me how unimportant all my stuff is (actual stuff. See George Carlin talk about stuff here.)  I've been on a slow process of getting rid of my things, aka Swedish Art of Death Cleaning.  But I'm going to pick up the pace.  It's a wonderful feeling sending things to others and knowing they are surprised. In this day and age of so much communication being electronic, it's a great feeling receiving a real letter or postcard or unexpected package.  If I get a letter or postcard nowadays, I am thrilled.

- Lastly, I'd be remiss if I didn't mention the Vikings. Since it's football season and a Friday I have my purple Friday flannel on. But after nearly 57 years of disappointment, this highly anticipated season has gotten off to a rocky start and may have cured me of my at times over the top fandom. In this regard, if you know a young Vikings fan who may want old Vikings gear and memorabilia, please let me know. I'm looking for a qualified heir.

And that's the cornucopia of stuff.  Some of this might be grizzly. Some might give folks a polar chill. But it is what it is.  Thanks for listening.


at October 05, 2018
Email ThisBlogThis!Share to TwitterShare to FacebookShare to Pinterest