You're Gonna Make It After All

It's a rainy day here in Southern California. We're not getting the intense rain like Northern California but every bit helps. Things here are dry, dry, dry. So it's an inside day. This morning we avoided house chores by watching three episodes of the old and the classic Mary Tyler Moore show. More on this later.

Let's talk Covid, more specifically my immune system and the vaccine. I've had two doses of Pfizer and I've had the third dose. Dr B took both my blood and Leslie's a couple of weeks after dose 2, checking for antibodies.  Leslie had a great response, to be expected. Me, on the other hand, had zero, nil, no antibodies. No response. We're waiting on results from the third dose to see if I have any protection. We knew that ten years of myeloma and non-stop treatment would impact my immune system. But it's a bummer getting no benefit. Berenson participated in a study that showed 45% of myeloma patients had a good response. 30% had no response, so I'm not alone. Berenson's work also showed that Moderna is a bit more effective for myeloma patients. Once we see what my antibody situation is after dose 3 of Pfizer, I'll get Moderna. Fingers crossed.  Oh, there's an important webinar this Weds Oct 27 on Vaccines and Myeloma Patients.

Either way, I'll keep doing what I'm doing, which actually isn't too bad. I've got a couple of friends I see. If I eat out, I eat outside. I mask up and I wash my hands. I can be a little lackadaisical at times, and get more than a little tired of the continued changes to my lifestyle. But I'm ok and really can't complain.

I recently turned 60 and Leslie surprised me with the best gift ever; a private tour of a non-profit exotic animal rescue sanctuary called Lions, Tigers and Bears. It was amazing, heartbreaking and heart opening. I'm so glad that there are people who are giving these magnificent animals a safe place to live away from the abuse or neglect they had previously experienced. 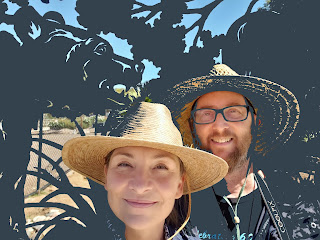 And yes 60. I was 49 when diagnosed. So do the math and for 17% of my life I've had myeloma. Aint that a kick in the pants?  I'm still alive and kicking and I'm aware that I've had a good run, for whatever that is worth. Again, fingers crossed it keeps on going. It should. 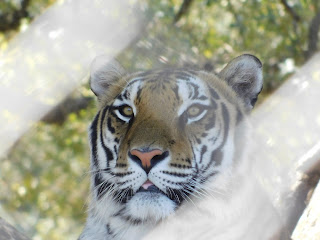 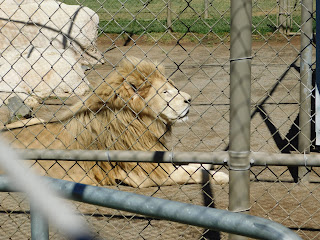 When the Covid lockdown began I binge watched a show called Las Vegas from the early 2000s. Pre-dvr, I'd rush home on Friday nights to watch it. Six seasons....hold on, googling for accuracy....correction 5 seasons. The show was pure shlock and I loved it. The early 2000s were when I was going to Vegas twice a year. Once during football season and again during summer time. I used to think I'd move there. I had a couple of job interviews in Vegas and thought for sure I nailed at least one of them. But it didn't happen. And, recall, it was in Vegas where I got so sick, I thought I was going to die, about a month before my diagnosis. I've been back twice since 2011 and am missing it. But my aversion to crowds and potentially exposing myself to a novel virus have me delaying my next trip. I did recently take a quick one day turnaround drive to Stateline to place my annual (losing) bet on the Vikings to win the Super Bowl. Some day, it's gonna happen. It has to.

So I binged Las Vegas early in lockdown. I followed that with 20 seasons of Gunsmoke. Unlike Las Vegas, I hadn't watched Gunsmoke before. I loved it. It actually kindled a newfound love of westerns, horses and cowboy hats. I should add horse and stetson to my Amazon wish list.

After Gunsmoke, I was kind of without a show for a while that I could obsess over. But of late, both Leslie and I have been watching a lot of the Mary Tyler Moore (MTM) show from the 70s. We all know about my love of the Vikings and some folks know how that love of a football team translated into a continued love of all things Minnesota. Some facts about MTM: 1) It takes place in Minneapolis, 2) in early season opening credits Mary washes her car in a Fran Tarkenton jersey (yes the legendary Vikings quarterback) and 3) Mary lived on Wetherly Drive in the show. I grew up on a different Wetherly Drive in real life. So what's not to love about the show? And, importantly, it was and still is hilarious.  I was told recently that in real life Mary Tyler Moore might not have been the nicest person. I refuse to believe this. 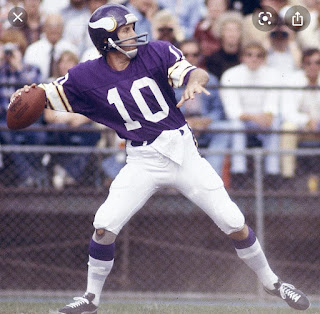 And since we are talking shows centered in Minnesota. There was a sitcom called Coach from the early 90s. It focused on a football coach from Minnesota State University. Around this time, I went on a couple of dates with a woman who was from Minnesota. That fact alone made this a perfect match. But it turned out not to be. Oh and one other fact about Coach: One of the co-stars was Jerry Van Dyke, the brother of Dick Van Dyke. I've also been watching old Dick Van Dyke shows, which co-starred Mary Tyler Moore, before she had own show. It's wild how things connect and come around like that. 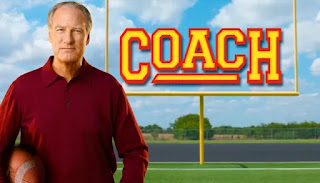 And lastly, myeloma wise I seem to be fine. Still on Darzalex, Pomalyst and low dose Dex. Five years now, which is nuts and awesome. 50% of my myeloma journey has been on this regimen. For the first five years, I went through 5 different treatment regimens with varying degrees of success ranging from good to oh crap it's not working.

Stay safe and healthy everyone.

at October 25, 2021
Email ThisBlogThis!Share to TwitterShare to FacebookShare to Pinterest