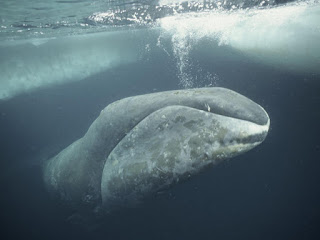 In his book Spying on Whales, author and scientist Nick Pyenson writes that a Bowhead Whale living above the arctic circle and born during the time of Lewis and Clark might very well be alive and swimming today.  That's over 200 years.  When I was born, JFK was president, the first human went into space, the Peace Corp was established and construction of the Berlin Wall began. 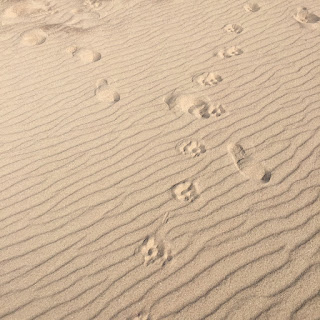 Ding ding ding, the correct answer is: What is 1961.  That means as a 57 year old, I'm a grown ass man. Physically there are times I feel it...plus about 20 years. Although overall I feel pretty good and fairly satisfied with my condition, even with the myeloma. Speaking of which, in May 2019, it'll be 8 years since my diagnosis. That basically means I've had an incurable cancer for 14% of my life. Well damn, that sounds crazy. But it also explains why these past 7 plus years have had a profound impact on me.  Competing with me being a grown ass man, I'm also mentally newly attuned to the my place in the world around me. Blah blah blah, you've all heard it before, how the mental challenges of this disease for me are almost greater than the physical challenges. Not that the physical challenges haven't been huge and at times truly sucked.  But staying positive, staying realistic, staying hopeful, and staying engaged is quite the challenge. You've heard me say that not working has forced me to truly address how life has changed since my diagnosis. And I'm even tired of hearing myself ask what I'm doing with my life. I've been asking myself this question for more than 14% of my life.

The Bowhead Whale lives basically doing an annual figure 8, following the winter and summer seasons, following food and ensuring that it's able to surface for air without having too much ice blocking it's way.  With climate change, there is much less summer ice in the arctic circle, meaning commercial fishing boats, cruise ships and large shipping vessels are planning to use the Northwest Passage, thus hugely impacting the whale's home, with unknown consequences on it's survival. It's a change that 200 years ago the whales never could have predicted.

I recently saw a list from a young cancer survivor giving advise to her 18 year old self. It made me think what my list of advise to myself would include. At first I thought it would be a long ass list, but when really thinking about it, I could keep it short provided I didn't get into too much detail. Oh it'd still be impactful, and clear and concise.  Let's think forward instead. Again blah blah blah, I need to make a list of what I want to do moving ahead.  Kind of like my 45 by 45 list from (jfc) over 10 years ago, kind of like a bucket list and kind of like suggested guidelines for living right.  I also think a list is kind of practical in that it will help keep me focused. Because I'll tell you what, 7 years of chemo, drugs, steroids and the like have really messed with my ability to focus on much of anything. 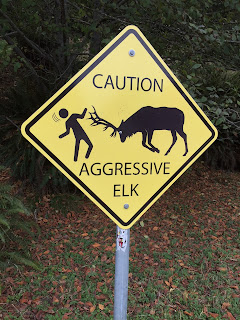 I'm coming off a two week period of zero doctor's appointments. That rarely happens. So Leslie and I and Gracie took a little road to northern California. Some of the reason for the trip was to simply explore and have fun. And part was to investigate areas that we may want to live. It's a bit irritating that wherever we go or don't go, factoring into the equation will be access to doctors and medical facilities, plus factored in is that I'll have a regular need (monthly or every other monthly) to come to LA to see Berenson. While I'd be ok changing some of my doctors, there is absolutely zero chance I'd give up Berenson as my myeloma specialist. Obviously I'm not moving to Finland or Argentina.  Today it was back to the medical stuff, with the next two weeks gearing up to my monthly darzalex infusion. In between, I'm squeezing in a trip to Philadelphia to attend the opening of a retrospective of my mom's art. It's a huge honor for her and makes me real proud of her.  Today I had to stop in to Phan's office, pick up my 24 hour urine container at labcorp and drop by the foot doctor's office. I'll tell you this, membership has it's privileges. Knowing most of the people at these places allows me to skirt around long waits.  It hit me driving home today, that if I moved, I'd have to start all over with building those relationships with any new nurse or doctor or medical facility. Yikes. It's doable though.

A myeloma friend/acquaintance passed away this week. It's quite sad. And it's a reminder of what we're dealing with.

This blog and this cancer have opened me up to a world and people and experiences entirely unexpected. It's a big, powerful, emotional deal. I've been in a bit of a funk for a few months now. I've been entirely content to not talk to anyone expect close family and basically live a sheltered (adjacent to the shut in neighborhood) life.  On our road trip I saw an old friend who lives in nearby Los Osos and yesterday I had lunch with an old work friend. It actually felt good to get out and interact. Cancer is a big part of my life now. I dreaded this being the case early on in my journey. But it's nice to know I can converse about other topics and be engaged in life. It's hard to explain (and I typically don't bother trying to explain) to folks that I'm not interested in or actually haven't been able to socialize.  It's nothing personal, I just haven't wanted to do much of anything of the social nature.  There's been a real decompression going on.  I'm getting through it.  The suggested road map for the future will help with continuing to get through the funk. I'm super excited to see family at the event next week.  I'm super excited to attack the next ten pounds of my get fit program.  Even with a road trip and food and beer I kept the weight under 190. As a reminder the goal is to get  to 175 and perhaps even run again. And I'm super excited to see what's next.

I almost made it through this post without mentioning the Vikings. A few weeks ago I had given up on them. I was looking for an heir to my Vikings memorabilia (still am). But I'm back on the Vikings bandwagon. They've won 3 in a row and I'm pretty excited about the season again. They, like me, began life in 1961. 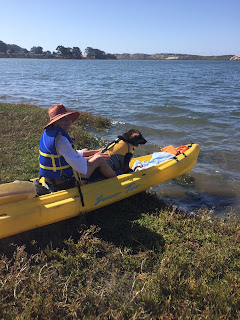 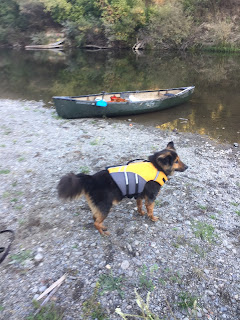 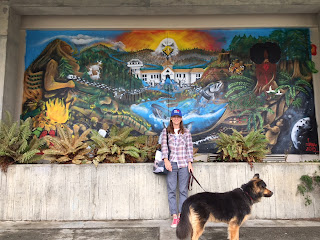 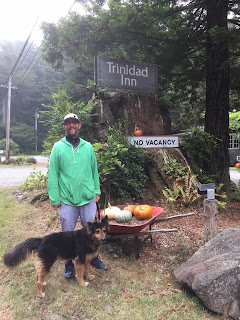 at October 26, 2018
Email ThisBlogThis!Share to TwitterShare to FacebookShare to Pinterest