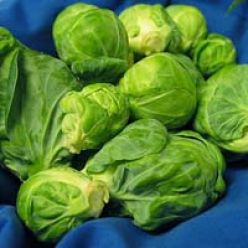 Early on in my journey, it was a mad scramble to understand what was going on and to find things that would improve my health.  From the get go, nutrition was a real tricky one.  First, the cancer doctors wanted me to eat protein, lots of protein. It's an important tool in dealing with cancer and the effects of chemotherapy. But I had the kidney problem, so I was limited in what I could eat and the kinds of proteins I could eat. Soy, no. Nuts, no. Not too much red meat.  And so on and so on.  The cancer doctors weren't real keen on even discussing nutrition. Seemed odd. We came to realize that it's just not part of medical training. We saw a couple of different nutritionists and they helped us understand food a bit better. We learned what was bad for the kidneys and what wasn't. We also learned what foods might feed cancer. Sugar, of course, is a real culprit in feeding cancer.  Anyhow, we learned a lot and continue to learn. Leslie took control of my diet early on and it's been successful. It sucked at first, but I'm good now. I'm used to the food restrictions. But as I said yesterday, I'd love to be able to break away from meat as my primary protein source and go to healthier alternatives like nuts and soy. If the kidneys keep it up, I might be able to make that switch soon.

The goal is to be lean & mean in 2013. So there is more to learn.  Hence today's guest is Brussels Sprouts.  I used to hated them. But now I love them, so many ways to make them. I'm not here to give any recipes but I do want to share news about the health aspects of the b.s. Enjoy.


Sulforaphane is released by Brussels sprouts and has been proven to trigger the liver to produce enzymes that detoxify the body of cancer-causing chemicals They have been shown to inhibit chemically-induced breast cancers in animal studies.

at December 27, 2012
Email ThisBlogThis!Share to TwitterShare to FacebookShare to Pinterest