When first diagnosed way back in 2011, Dr Phan told me I was going to get a port-a-cath, more commonly referred to as a port. I had no idea what that was and its description was frightening. Dr Phan's practice was small at the time. 2 nurses, 2 admin, 3 infusion chairs. One of the nurses had me talk to a fellow patient, Steve, who showed me his port. It's under the skin, below the clavicle and hardly noticeable. It makes life easier if you're doing treatment for an extended period of time. My first port was installed on a Tuesday and we used it the following day, a Wednesday. This port lasted only about a year and a half and it's quite possible that I messed it up by (poorly) painting our living room ceiling.

My second port was a Power Port (brand) and lasted over 9 years. It was awesome and super easy for the nurse to find. Over the past few months, it became rather balky. I'd have to use all kinds of tricks to get it flowing. Stand up, lay down, flap my arm, deep breaths. This past November it stopped working completely. 9 years is actually a long time for a port to be in service. In addition to my infusions, we do blood draws from my port, given the veins in my arms are fairly useless. Having a functioning port is kind of key. We tried a heavy duty 30 minute flush and it still didn't work. The next step, then, was to replace it.

In December I went to radiology at the local hospital for the replacement. Typically the port is on the right side of the upper chest, given it's the shortest distance to the Superior Vena Cava vein.  I opted to have the new and improved Power Port put on the left side. Just in case I want to take up shot putting or the discus and I want my right arm and shoulder to be constraint-free. It's a simple process putting a port in. About 30 minutes under light anesthesia, meaning I'm awake but loopy during the procedure. When this recent procedure was over, the Dr said he couldn't get the old one out, that I'd have to see a general surgeon to get it out. It's too calcified and embedded to get it out without me being fully under.

We saw a general surgeon who Dr Phan recommended and he certainly didn't give me or Leslie confidence that he would be the right doctor to take it out. He's never taken a port out before, but he said it would be easy and would just require some serious "yanking". Ummm.. it's connected to a major vein. Yanking did not sound like the way to approach it.

We asked Berenson and he recommended a general surgeon at Cedars Sinai Hospital who has taken out many a calcified port. And instead of just going in and yanking it out, the new surgeon has me scheduled for a CT scan so he can see exactly where the port is situated and where the issue is.  Sounds like a better approach to me. In a week or so, we'll do the CT scan as step one. Thus, currently  I have my new port on the left side and it works great. On my right side is the old port. The other day while walking, I remembered I had a CT scan coming up and I couldn't remember why; meaning I hardly know it's there, unless I look for it or feel it. But I want it out, asap and it should come out. 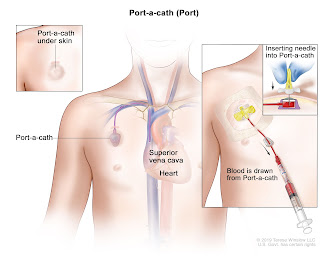 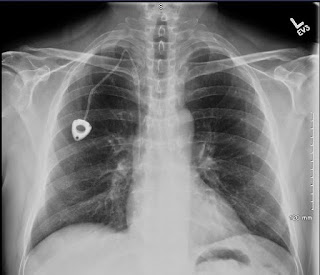 Meanwhile, I'm cruising along health wise. My myeloma is stable and I've been on the current regimen of Darzalex, Pomalyst and Dex for over 5 years. In May it'll be 11 years since my diagnosis. Considering my condition at diagnosis, it's fairly remarkable that I'm still around. I attribute it to a combination of:

-being in beast mode

-good doctors and great support from loved ones

-a lesson pointing me to a greater purpose in life 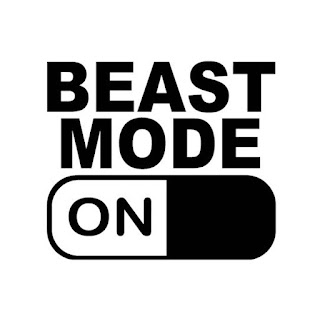 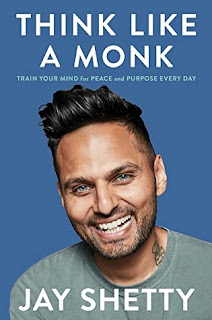 I fluctuate on how to apportion credit to these five potential reasons. Whatever it is, I am focusing on physical and mental health, being the best person I can be and being in the moment. I'm using walking as my daily meditation. I've set a monthly goal of a hundred miles per month. So far, as of January 26, I'm already at 130 miles. My daily walks range from 3 miles up to 11. This coming Saturday, I'm planning on cranking out a 12 miler.  In addition, I've cut out alcohol. It's only been a month, but I feel great. Sleeping better, more clear headed, more energetic and losing weight.  Two years of covid caused me to crank up my drinking. Dr Phan is against alcohol period. It inhibits the bone marrow from producing vital blood cells. Conversely, Dr B is ok with it, in moderation, and in fact he had a fund raiser a few years back at a bar. It was sponsored by Shmaltz Brewing, which I'm sad to report is going out of business. Bummer. Anyhow, I'm not sure if the alcohol free lifestyle is permanent or not. Well,  it's likely not permanent, but I can say I'll limit it to only certain occasions.

Speaking of Covid, I've had 3 doses of Pfizer. Dr B checked our antibodies in December. Leslie had a great response. I had zero, nil, zilch response. Dr. B suggested I try Moderna, given it may be more effective for myeloma patients. A few weeks ago, I talked my way into getting a full dose of Moderna at a local pharmacy. Berenson took my blood last week to check antibodies and I expect to see those results soon. If I still have no response, then we might try Monoclonal Antibodies, although studies show these aren’t terribly effective against Omicron. So for now, Leslie and I are still in our bubble and that’s ok. Yes I miss seeing my mom and other family and friends, but I’m pretty content walking, napping, and doing all the other retirement person things. I suppose a frustrating thing is that I see other myeloma patients traveling and doing things. It does make me wonder if I'm over doing it on the bubble life. But I do know that my treatment and the cancer have absolutely thrashed my immune system. So I'm gonna do what I'm gonna do and stay safe. 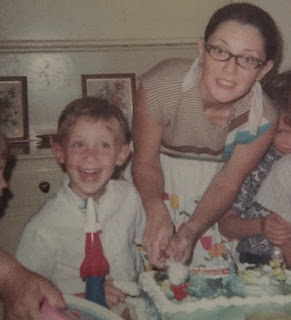 Once again the Vikings ended the season with a thud. The coach and general manager were fired after the season, which was needed. Who knows what next season will look like, but I can guarantee I'll make my Vikings winning the Super Bowl bet for the 27th consecutive year.

Note that one of the below slips is from the Mirage Hotel in Vegas. Welp, the Mirage is becoming a Hard Rock Hotel and Casino. The Hard Rock used to be off the strip and is now a Virgin Hotel and Casino. The old Hard Rock is where I would stay when in Vegas with my friends John and Doreen. And the Mirage is where I got a horrible fever, shakes and honestly thought I was going to die alone in a hotel room. This was less than two weeks before I was diagnosed. I felt like crap before even going on the trip, but I went anyways. 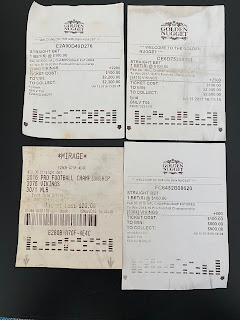 And one final thing is that I've backed off on some of the patient advocacy stuff that I've been doing for a few years. I'm supposed to be an advocate. But am I? And I began to feel that I really wasn't accomplishing much in these meetings. Sure I'd learn some things about upcoming treatments, but what really was I accomplishing? (see above...purpose of life) And honestly, I felt a little bit like I was further complicating an already very complicated relationship with pharmaceuticals. They keep me and others alive. But they also squeeze patients for disgusting amounts of money. On the other hand, I love the folks I work with from the industry. They truly care about patients and people. So, you see, it's complicated and I needed to step back and ponder my role.

And that's all I got. Stay safe and healthy everyone.

at January 26, 2022
Email ThisBlogThis!Share to TwitterShare to FacebookShare to Pinterest