This is Your Life and an Honor for my Mom

On May 1 2011, a Sunday, I was released from Long Beach Memorial Hospital. I was diagnosed in Dr Phan's office the next day, a Monday, had my first chemo on Tuesday and then the next day I had my port installed plus full body x-rays. Whoooshhhhh. A real whirlwind five days.  When I started with Dr Phan, he had a small office with 3 infusion chairs and 2 nurses. Dr Phan happened to be the oncologist on duty when I had my first (ever in life) hospital stay. I've been with him ever since. I really lucked out with that.

I can recall the first day of chemo like it was this morning. There was one other patient already there, who I'll call David for this post. He had a non blood related cancer.  He was chatting with one nurse about movies and laughing. Laughing in chemo territory? Not at all what I imagined. One of the nurses asked David if I could see his port and he could explain it to me.  I was scared shitless about everything. Having someone there who was going through it, was absolutely vital to me.  I stayed in contact with David, visited him when he was later hospitalized and attended a birthday party at his grandma's house.  Soon after that David passed away.

Today I'm at my Darzalex infusion. A couple of months back I started to calculate how many total infusions I've had.  I started...and stopped. It kind of became a trivial task. No point in it, other than my curiosity.  Maybe I'll get back to it.  Dr Phan now has a partner, several nurses, 11 infusion chairs and is in a newer more spacious office.  Thankfully he has remained grounded and helpful and open as ever. 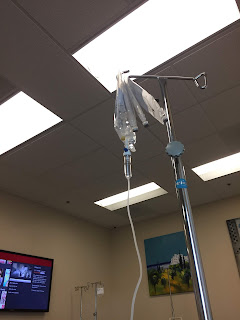 We saw Berenson on Monday this week and Phan yesterday, as is required before I start a new cycle. Both are thrilled with my latest labs. I've been on the darzalex, pomalyst and dex regimen for nearly two years and it continues to work. We also had a nice victory at Berenson thanks to Leslie. I've been becoming increasingly frustrated with the side effects of the two steroids I take, dex and medrol.  I bruise and bleed so frigging easily. My arms look like I'm a junky.  I'm stocking up on long sleeve t shirts to cover them up.  And I'm losing muscle mass. It's turning to flab. These two things are absolutely shit stirrers for my emotional state and self confidence. The steroids are no doubt the culprit. Leslie got Berenson to lower the dosage of both my steroids.  Yes!  This ought to really help. In addition to my losing weight program. 12 pounds down and 8 to go. I'm also increasing my weight training to build back strength and muscle mass. I'm going to be a beast soon.  On our road trip, while lifting canoes and kayaks I really felt the strength loss. Also on the trip I had a couple of incidents where I got really light headed and had to sit down so I didn't tip over. I don't have high blood pressure but I do take blood pressure medicine which helps my kidney function.  Now that my kidneys are so improved, perhaps we can lower the dose or eliminate that drug. As Leslie says, doctors can be quick to prescribe medicines, but they're not inclined to take drugs away. I'll make an appointment in next couple of weeks with my nephrologist to chat about this. Fingers crossed.

I'm involved in a quality of life research project with the National Coaltion for Cancer Survivorship and in a couple of days I'll post some quality of life questions that I hope folks will feel comfortable answering.

Today during my treatment I'm watching season one of the Good Place and listening to old U2 live music. It's common knowledge that I'm a Vikings fan, but I'm also a huge U2 fan. Probably my number one favorite band ever. With Joshua Tree being the greatest album ever.  In 2nd place is the Rolling Stones. In the top 5 is the Dave Matthews Band. 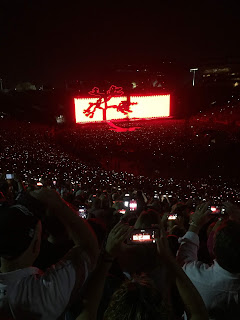 The family just spent a few days in Philadelphia to watch our Mom be honored for her 40 years as a pioneering and inspiring artist and woodturner.  I heard her speak about her work and her inspirations in a way that I hadn't heard before. I was nearly brought to joyous tears by her words. The show was awesome. This was my third trip ever to Philadelphia. The first two times, I was kind of meh, no big deal. But after this trip I really love the city. History, character, and totally walkable.

Be well everyone. We've come a long way with with myeloma treatment and survivorship but it's still a no joke, serious and incurable disease. 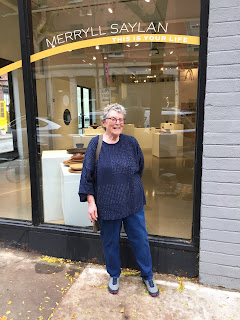 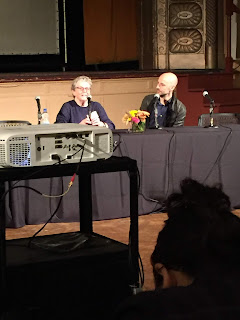 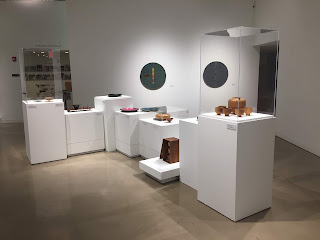 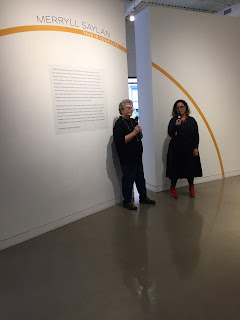 at November 09, 2018
Email ThisBlogThis!Share to TwitterShare to FacebookShare to Pinterest