So...there's a lot going on and then again not much. I recently went to New York for the MMRF annual gala. I definitely wasn't planning on going but my Kilimanjaro teammates  thankfully convinced me to be there. It was great seeing folks, I tell everyone the greatest part of the trip was connecting and bonding with the other patients on the trip.  There is the Colonel (Gary), Captain Terry and Marty. I love those guys. Terry, Marty and me spent a day exploring NYC. So much fun.  Hopefully sooner rather than later we'll reconvene. At the event I meet the 71 year Chuck Wakefield, a myeloma patient for 15 years. He recently rode his bike across the country with the MMRF. He is truly an inspiration. Me? I'm in such crappy shape that a short ride is an effort for me. That's bullshit, I'll tell you that.

The past weekend Leslie and I went to International Myeloma Foundation's (IMF) annual comedy celebration.  It's hosted by Ray Romano who costarred with Peter Boyle in Everyone Loves Raymond. Peter Boyle was in Young Frankenstein and (unrelated) died from myeloma over a decade ago. His wife started a foundation that works closely with the IMF. This was the 11th annual comedy event and was awesome.

I spend Mondays working at the local LLS office (Leukemia and Lymphoma Society) working on their First Connection program which is a peer to peer program that connects newly diagnosed blood cancer patients with folks who have had the same cancer. It's a great program. In the office I'm helping coordinate those connections. I've actually been involved in the program for a couple of years, speaking every to months or so a newly diagnosed myeloma patient. As much as I love the program, I'm a bit torn about the LLS. They had an insurance copay and premium assistance. Had is the operative word. Without warning they closed the program, indicating it had no more funds. It left folks in precarious financial positions. There have been a number of new drugs introduced in the past few years and life spans have been extended. But that shit ain't cheap. Paying for cancer drugs, even with insurance, is a challenge. Now that I'm not working I am paying for more own insurance, but I had planned to apply for the LLS assistance. If I knew when I decided to retire that the program was going away, would I have altered my plans? Doubtful. I was pretty mentally checked out and pretty tired of being tired all the time.

Some of the pharmaceuticals have copay assistance programs. For instance with Darzalex this year I had no out of pocket copays, thanks to Janssen Oncology. The health care industry is complicated, challenging, great and horrible all wrapped up in a messy burrito. Now that I'm on Social Security disability, I'll be eligible for Medicare in two years, but I'll still have to supplement it with my work insurance.

Speaking of Darzalex, it continues to work great. I've been on it for over a year now. Once a month I go to Phan's office for about a five hour infusion. Side effects are minimal, although I notice I get a cold almost every month about a week after infusion. In speaking with other folks on the drug, they too get colds. Some of them are getting a monthly IVIG infusion that helps prevent the colds. I'm planning to ask Phan and Berenson both about this. Pretty tired of getting colds that hang on for at least a week. Don't ask me what IVIG is.

I'm also taking pomalyst, an oral chemo, for 21 days a month. When working, it kicked my ass, energy wise. Not working, it's no problem. But it does jack up my immune system. Warts and skin cancers have become never ending. I have to schedule yet another MOHs surgery on my forehead for squamous cell carcinoma. It'll be my third one since the end of July.  I'll tell you what, when you combine steroid puffiness and muscle loss with skin cancers and warts and a fat belly, my self confidence is super low.

Anyways, to sum it all up, I'm doing good. I'm losing weight, riding my bike more, trimming my beard and trying to get cool again. 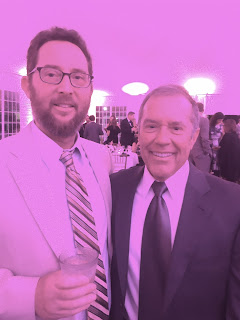 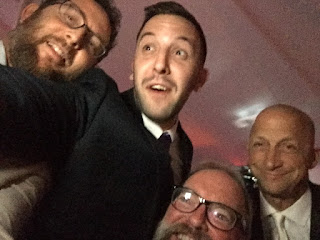 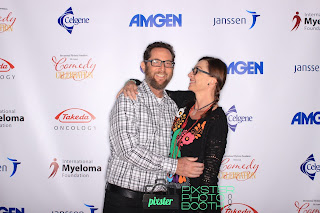 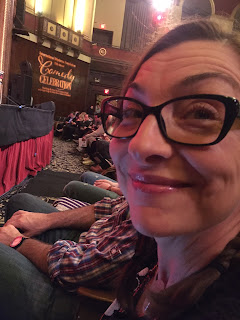 at November 10, 2017
Email ThisBlogThis!Share to TwitterShare to FacebookShare to Pinterest