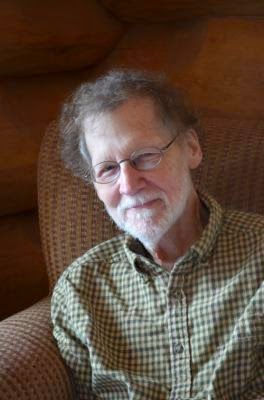 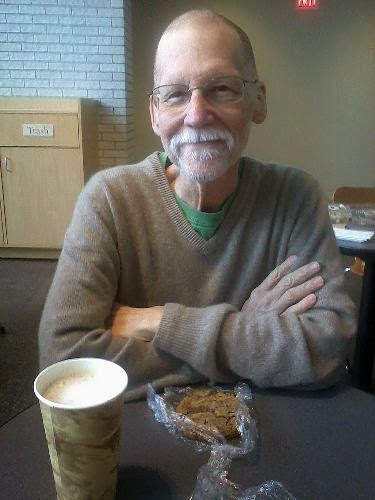 Dan Odegard passed away Tuesday.  Dan and his partner Tib are friends with my mom. When I was first diagnosed, Dan was the first to contact me.  He explained to me what to expect, honestly and not necessarily glowingly. I was scared and lost, and not necessarily open to the help and guidance that Dan was offering. For that, I am ashamed and have a huge regret.  Dan and Tib live in Minnesota, which as we know is my favorite state.

Over the past few months, Dan and I were exchanging emails. He wanted to know how I was doing. I wanted to know how he was doing.  How Dan and Tib handled and prepared for this moment was so inspiring and beautiful. Over these past few months, I came to regard Dan as a close friend, a mentor and a role model. He was an amazing person and I miss those emails already.  It's a sad day.

He went on his terms and that's all you can ask.

If you watched the recent Vice episode on HBO that discussed the measles trial, Dan was part of this trial. He and Tib were in the show.

Tib as well is an amazing person. Humor, grace and honesty.  The other day, Tib posted the following on Dan's Caring Bridge site. Please give it a read.  Have a tissue handy.

Dear friends,
Pete is sitting by Dan's side, reading to him in the hospital bed that was delivered yesterday. Early Sunday morning Dan started to develop a fever, and began to decline quickly. I remember writing about our brave little band five years ago - gathering with love, warmth and humor to support Dan and each other. Yesterday, we celebrated his 'present moments' and were gentle guardians and comforters during the confused ones. Through word or expression he let each of us know of his love.
Time now seems suspended - Saturday night at 9:30 we were doing dishes and chatting together companionably, . This is what we wished for - all is well. Not easy, not always tidy, but whole and loving.
Pete is reading from a book of essays by E.B. White. He read this line: "A person who is looking for something never travels fast." It struck me that Dan is traveling at just the right speed, taking the time he needs, giving us the chance to care for him in this deeply personal way, giving us time with each other.

I looked it up. The line is from Stuart Little. Google sent me to the website of a law professor named Douglas O. Linder. I liked what I found.

(Bear with me here.)
At the end of the book, Stuart comes across a telephone company repairmen:
"Which direction are you headed? [the repairman] asked.
"North," said Stuart.
"North is nice," said the repairman. "I've always enjoyed going north. Of course, south-west is a fine direction, too."
"Yes, I suppose it is," said Stuart, thoughtfully.
"And there's east," continued the repairman. "I once had an interesting experience on an easterly course. Do you want me to tell you about it?"
"No thanks," said Stuart.
The repairman seemed disappointed, but he kept right on talking. "There's something about north," he said, "something that sets it apart from all other directions. A person who is heading north is not making any mistake, in my opinion."
"That's the way I look at it," said Stuart. "I rather expect that from now on I shall be traveling north until the end of my days."
"Worse things than that could happen to a person," said the repairman.
"Yes, I know," answered Stuart.
"Following a broken telephone line north, I have come upon some wonderful places," continued the repairman. "Swamps where cedars grow and turtles wait on logs but not for anything in particular; fields bordered by crooked fences broken by years of standing still; orchards so old they have forgotten where the farmhouse is. In the north I have eaten my lunch in pastures rank with ferns and junipers, all under fair skies with a wind blowing. My business has taken me into spruce woods on winter nights where the snow lay deep and soft, a perfect place for a carnival of rabbits. I have sat at peace on the freight platforms of railroad junctions in the north, in the warm hours and with the warm smells. I know fresh lakes in the north, undisturbed except by fish and hawk and, of course, by the Telephone Company, which has to follow its nose. I know all these places well. They are a long way from here--don't forget that. And a person who is looking for something doesn't travel very fast."
"That's perfectly true," said Stuart. "Well, I guess I'd better get going. Thank you for your friendly remarks."
"Not at all," said the repairman. "I hope you find that bird."
Stuart rose from the ditch, climbed into his car, and started up the road that led toward the north. The sun was just coming up over the hills on his right. As he peered ahead into the great land that stretched before him, the way seemed long. But the sky was bright, and somehow he felt he was headed in the right direction."
Linder writes: [North, indeed, is a good direction--maybe the best--, but this passage is really about the importance of having a directed life, an openness to the wonders of the world, and--in spite of the evidence--a certain optimism.]

He has just described Dan perfectly.

An old euphemism for dying is "going west". West is good, but in my heart of hearts I believe that Dan is going north.
at April 02, 2015
Email ThisBlogThis!Share to TwitterShare to FacebookShare to Pinterest 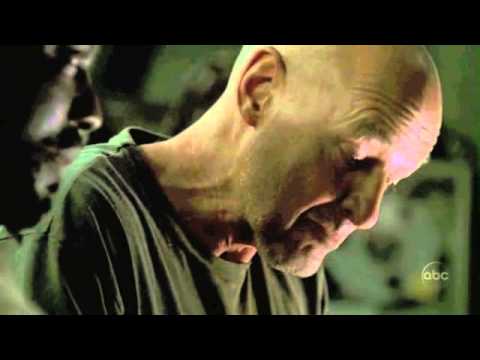