A day in the life of my chemo

Today was the final day of cycle 17 of my maintenance chemo. Maintenance is an infusion of velcade and dexamethasone, with revlimid and medrol taken at home. Every other Thursday afternoon is chemo. I work in the morning, go the gym, go home to eat and then chemo. That's what I do and I stick with it. I need consistency. I want no changes or surprises in my treatment routine. Two Thursday treatments equals one cycle. If you add up my maintenance treatments and all the prior chemo regimens I've done, you get a grand total of a heck of lot of treatments.

My friend Brad recently wrote that he used to have friends come with him to treatment, but now he often goes alone. He works, reads, relaxes. He was diagnosed about 11 months ago. Anyhow, it's the same with me. Leslie used to go with me to every treatment. But now I often go alone. I'll read, watch a movie, sometimes work, sometimes naps. My treatment is short. Roughly two hours.

Mind you, when I was on the heavy duty chemo, I needed Leslie to come with me. With my Treanda chemo (treanda being the drug that got me to partial remission) I'd get a massive dose of benadryl that would waste me. And I do mean waste me. I'd be messed up.  The benadryl was to ensure I didn't have some sort of allergic reaction to the chemo drug. If I were being honest, I'd admit that I actually liked the benadryl. It would put me in this half dream, half awake state where I knew I was in my doctor's office, but I'd have all kinds of activity taking place all around me. It was almost hallucenogenic. Those chemo treatments were longer than my maintenance chemo. The treanda chemo took 4 to 5 hours. I watched a lot of movies over and over during those times.  But by the time chemo ended I needed Leslie to drive me home, because I'd be passed out. I'd crawl into bed and sleep for a few hours, and then would wake up super wired from the dex.

I used to have a port a cath also known simply as a port. It's a catheter like thing under the skin just below my collar bone. It was used for my infusion. A special needle would go into the port. Painless and easy. It shows as a lump just below the collarbone. I had my port for almost two years, but it started to get irritated and painful, as I got more active. I had to be careful with it. We ended up taking it out, just in case it was infected. An infected port can be a problem. It's a nice psychological break being rid of the port. Getting it taken out  made me feel like, hey I'm not doing bad if I don't need a port any more.  I wouldn't be feeling that lump on my chest, which naturally reminded me that I have myeloma.

So now I do my chemo the old fashioned way. Needle in the hand or arm. Also not too big a deal.

Today as I walked in to Dr Phan's office, I had a feeling that it all was so surreal. I have cancer. That alone is crazy. I feel absolutely great and wouldn't know I have cancer except they tell me I do. But the thing with myeloma is you have to do maintenance chemo to keep it under control. Some patients can be drug free for some period of time. But most are on maintenance programs similar to mine.  Eventually the myeloma becomes immune to the maintenance drugs and a new fight might begin.  It can be months, years or even decades before myeloma returns.

Again I say, it seemed so surreal today. I've been doing chemo for nearly two and half years. 30 months since my diagnosis. Really? Wow. That seems insane and it was a lifetime ago that I wasn't doing chemo. How did this become my routine? I wondered if perhaps I'd wake up from this bizarre chemo dream.

I love Dr Phan and I love my nurses.  They're like family. I only see them every other week, so we always do a lot of catching up. Brad also mentioned that he does chemo in his own infusion room. At Phan's and Berenson's offices there is a common area, where infusion chairs line the walls. Phan has 6 chairs and today there were two other patients. While I don't do infusion at Dr B's office I am familiar with his infusion area and he has nearly 20 chairs, usual at 80% capacity. All myeloma patients.  When I was doing the heavy chemo, I'd be in for treatment twice a week, every week.  I got to know a bunch of patients. Phan's a hemotologist, not a myeloma specialist. So at his office, there is a variety of cancers present.

Today I read a bit of Slow Getting Up by Nate Jackson, about his time in the NFL.  I also tweeted and texted, and even got a short nap in.  For a snack I had some animal crackers.

Depending on my hemoglobin counts, I may or may not get a procrit shot to bring that number up.  Today was a procrit day. It's a shot in the belly. Usually it doesn't hurt. Occasionally it does, and oh boy when it hurts, it really hurts. It's maybe a 15 second shot.

Chemo wraps up and I/we always get some food afterward. The dex (steroid) makes me fricking hungry (in addition to making me wired).  Today it was Pollo Loco, one of my favorites. I'm still in this odd dilemma where I don't want to eat any animal. But I haven't stopped yet. Some of it is due to my crazy kidney diet that won't allow me to get sufficient protein through other sources i.e. beans, soy, nuts.

Today was chicken, cole slaw and rice. I've now eaten, I'm home and I can feel the dex kicking in. Insomnia tonight.

And that concludes my chemo discussion.
at October 24, 2013
Email ThisBlogThis!Share to TwitterShare to FacebookShare to Pinterest 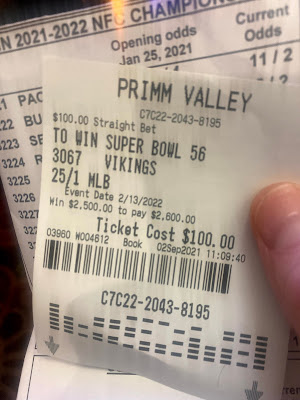